Looking for a medical aid quote?

AECI Medical Aid is one of the few organized groups and societies that have developed its own set of healthcare services fit for its members. The group was established as a means of medical care for its employee-members, who happen to be part of the AECI group of companies. The need for such high records of medical care has risen over the years as the industry to which the company belongs to is involved with high risk projects. Being an explosives and chemicals manufacturing company, it entails that everyone who works in the company are in high-risk. This means that the AECI Medical Aid has been established as a means to protect its employees.

The MedScheme Group is generally the organization that aims to provide the best services for its members. Being a part of this administrator means that their members are given the privilege of having extremely useful products that are flexible and useful. In every sense possible, the Schemes developed by the Medscheme group are used in plenty of big and major corporations. The main reason is that the company has been considered as this benchmark provider in terms of giving the best and most excellent service possible.

Perhaps another reason why the AECI Medical Aid has worked extremely well for the company is that it provides the members this very efficient package that is both affordable and effective. Members to the aid scheme are given this unmatched clinical expertise that is award winning and considered as excellent in its overall appearance and feature. Plus, with the integration of modern tools and technologies such as the Internet, the member-patients are given every ounce of opportunity to access and inquire about their benefits and become more informed about it. 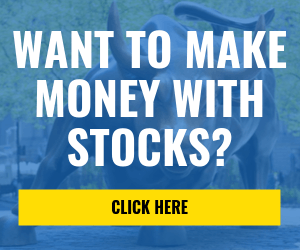 Among the benefits that the AECI Medical Aid offers is members is the use of the Netcare 911 Facility, which is generally this ambulance and medical emergency transport for the members who happen to be in need of it. Whether the member happens to be on the road, and will need such emergency transport, the company aims to give this benefit to its members with ease and speed. Essentially, the coverage of the packages many include the increase in limits to GP visits and consultations as well as the primary treatments and care for HIV or AIDs and cancer.

The best thing about the AECI Medical Aid is they have this really huge range of benefits for the day-to-day expenses of the patient. In-hospital consultations for the member-patients already come with the unlimited access. However, for the out-of-hospital benefits, the range will be based on the PMB or the tariffs that are listed as part of the group privilege. Other features that stand out for the package is the maternity benefits as well as the vaccines that help prevent disease or serious ailments. The AECI Medical Aid is a strong part of the vision of AECI for its employees, and everyone is obligated to avail of the scheme to protect themselves and their family.